Today I was greeted with a failed drive in a mdadm raid array. The drive had some transient errors and was kicked out of the array, but testing showed that the drive still seemed to work just fine. 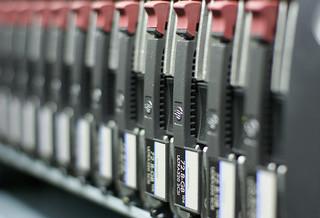 The following procedure will remove the drive from the array, remove it from the system, re-probe for disks, and then re-add the drive back into the array(s).

That should do the trick…